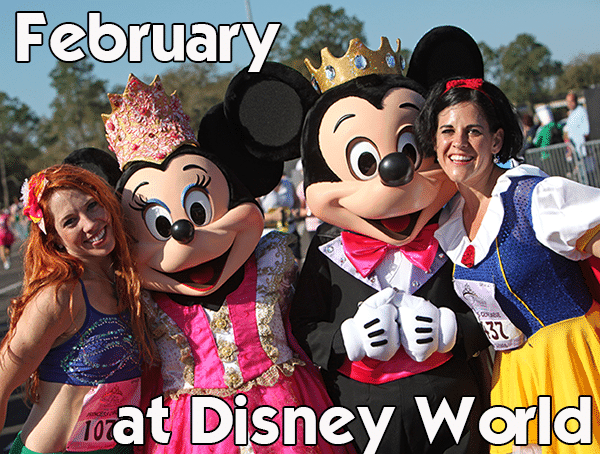 February at Disney World can best be characterized as a time with mild temps, relatively light crowds and lots of refurbishments.Except for President’s Day weekend, Disney World in February is mostly low crowds and low prices. However, going during a time when there’s less people visiting comes with a negative side: Disney likes to take that opportunity to do several refurbishments so people traveling in February will likely miss out on a few attractions.Some tips for traveling in February: